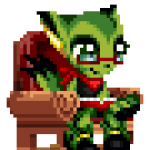 Hey yo, I'm Spooks, I like Freedom Planet more than I should and write lots of fanfiction about it. I also do sprite edits and memes.

Carol is best cat and Carolac is best ship

please read my fanfiction i beg of you

Carol the Wildcat is out living her perfectly acceptable not-at-all criminal life when the wing of a spacecraft falls out of the sky and crushes her motorbike. Now, alongside her dragon best friend, a dog from space, and an alchemist turtle-duck, Carol will beat up an evil snake and get revenge for her bike! And maybe save the world while she's at it.

He just can't get her out of his head. The girl who keeps standing in his way, who ruined his life, who ran away and took his best friend with her. What is this feeling he has for her? And why can't it just stop?

Memories of a Freedom Lost

Lilac, years into her adulthood, works as a police officer for Shang Tu. While content, she can't help but wish for some excitement in her life. Spade becoming her partner wasn't the excitement she was looking for. Neither was investigating the murder of somebody close to her.

Retrieved from "https://freedomplanet.fandom.com/wiki/User:Spookyrus?oldid=18671"
Community content is available under CC-BY-SA unless otherwise noted.